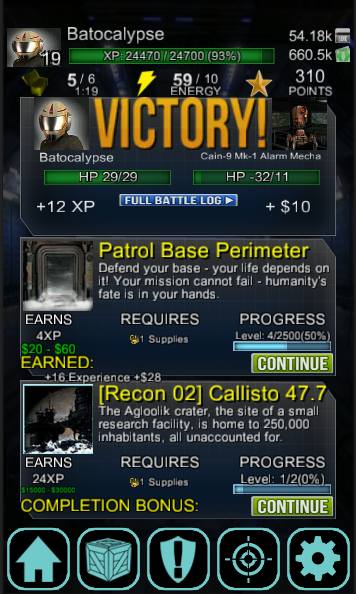 Missions with combats now show the combat results “in-list”.  There’s some formatting issues which are worked on (see the screenshot).  The “EARNS, REQUIRES, PROGRESS” headers are removed.  This lets us increase the visibility of the display and makes for easier reading and we can increase the Supplies icon and number required.

Similarly, the XP display is being replaced with a simpler “amount remaining” rather than the current convention (this is not yet in the official test build).

We should be able to post some further screenshots in the next day or so showing all the above.

Achievements (which are Amazon only in 3.0, all platforms in 3.1+) are being finalized and squad management also looks tight.  We’re otherwise down to just performing system checks and multi-resolution tests so there’s a potential app store submission in the next day or so following a clean test sweep.

3.  Amazon (and Blackberry via Amazon) 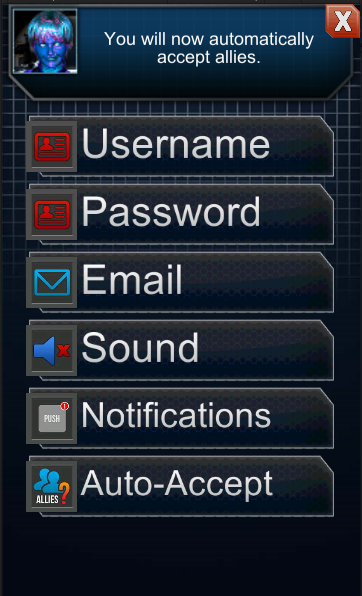 Zombie Moon 3.0 is nearing completion and we are targeting next week for submission to the three app stores.  That’s pretty exciting! One enhancement players may find handy is an option to auto-accept ally requests (toggled in the SETTINGS area).  By default, this is OFF for existing players but will start as ON (auto-accept) for new players registering with Zombie Moon 3.0.  Existing players can of course upgrade to ZM 3.0 and change their setting (opting in) when ZM 3.0 goes live in the coming weeks. 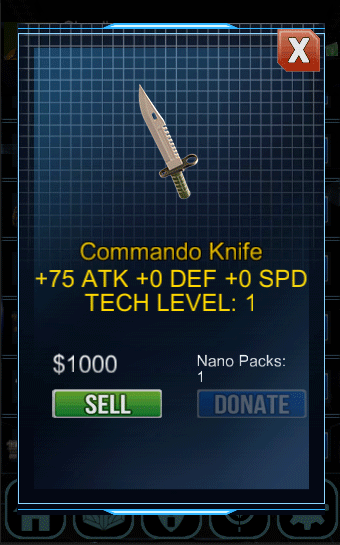 Items in Zombie Moon 3.0 are shown in three dimensions.  Yep – all of them have full 3-D renders and are beautifully illustrated!  This means we can show all sides of the item when someone selects the detail view – and you can now [DONATE] or [SELL] the items directly from the details view.

A screenshot may help make that clearer.

Since a whole list of rotating items could quickly become annoying, this effect is not used within the Inventory list itself – only in the detail view and when the item is found within a Supply Drop. Screenshot of the new ally search.  Had a handful of new bits to show off but selected this one — allies are oh so important.  Note the new “FIND” tab for players – this automatically locates active players you probably want to offer an INVITE to and gives at-a-glance evaluation information (number of open ally slots, level, last activity, etc). You will need your login, and password. If you forgot your password, this is the URL to use:
www.zombiemoongame.com/HelpDesk/forgot.php

This will only show folks that you CAN ally with, who have ally spots, but not existing allies. 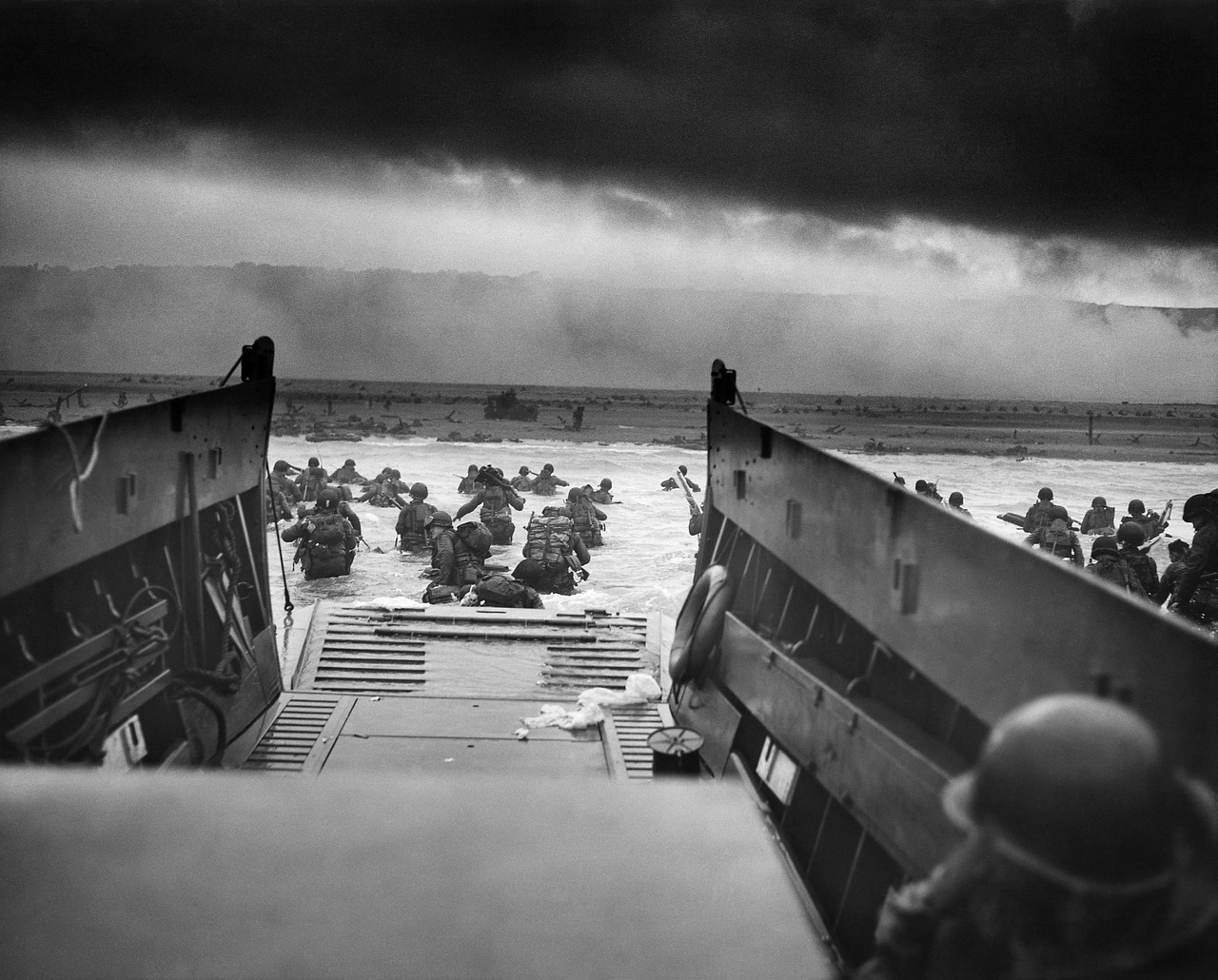 As you may have heard, we are providing a War Report to leaders of squads. This will enable them to know how much, and how often their team members engage in the wars. For some leaders this is a nice addition, for others this is a critical war management tool.

It’s in beta, so don’t expect too much yet. To get it, leaders MUST have their email addresses up to date in their profiles. This is because it will be an emailed PDF, not in system. This will be live for the existing war, and future wars. This will only be sent to leaders, not assistants.

Below you will find the Secret to the Universe! Well maybe not, but def a sneak peek at the UI for the upcoming update to ZM.  It’s not that different – we didn’t want to create a shock situation, just clarity.  You’ll notice some small animations in the background…well not here, this is just static, but when it goes live.

So stay awhile, and look! We just wanted to show loyal ZM Players another snippet from the upgraded game. This is a small, subtle change but one we like. Notice how the progress bars for drops are now segmented?  That way you can tell what remains, and what’s to come. A small but cool little feature.

More to come, with one more visual tapas up here for the end of the week. Zombie Moon version 3.0 is a big step forward in terms of the underlying engine. In fact, it’s a ground up rewrite using new technology. That opens up a LOT of opportunities for us which the current engine just can’t deliver.

A new tab on the allies game area showing players looking for allies and an option to “[√] Auto Ally”. More animations in combat. Superior sound handling. Squad specific missions. Squad alliances. Social media if you’d like to brag – or to invite friends really easily for referring. Major performance boosts. A revamped new player tutorial (using the chat area to guide players as to the next recommend activity until they level up enough to join that first squad).

Enhanced item displays. We’ll be able to provide a lot more detail with found items – for example, when opening a supply drop the items will show in 3D. Here’s an example (see if you can identify all the items!)